The history of a startup in one graph. pic.twitter.com/ywxX11OV4s

Shown below is the image associated to the tweet. 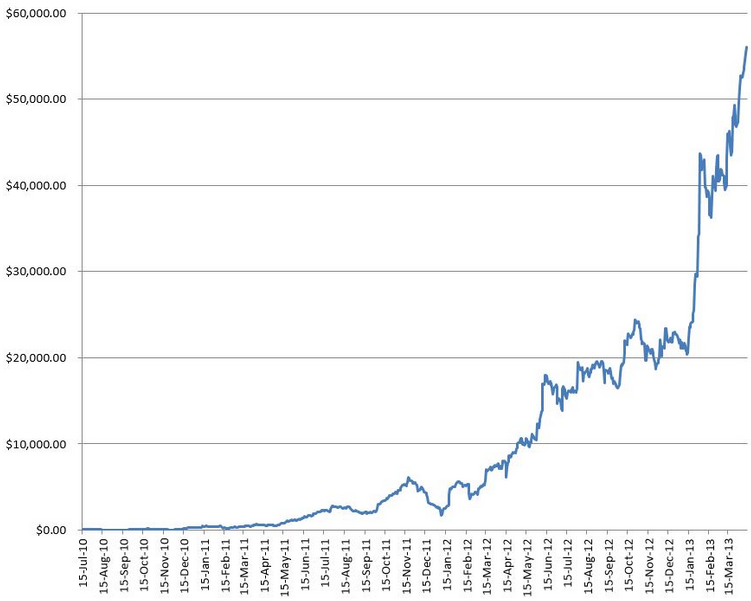 Now this startup can be anything, it doesn’t matter. It clearly shows success in terms of growing its revenue.

What I don’t like and what immediately caught my eye is that the startup’s history was represented with a chart of monthly revenue.

How about the positive impact it left on our society? Shouldn’t that be the far more important metric?

Would this be something to brag about?

Isn’t the true point of entrepreneurship going forward, instead of making money? I would prefer to be on board SpaceX, which is currently probably loosing money but it’s second chart could look like this:

I can understand beginner entrepreneurs going with whatever makes money first, so that they can get to the stage to pick their projects. But for an entrepreneur of the Graham’s caliber, partner at one of the most well known startup accelerators in he world, I would expect to see a different approach when promoting the values of a startup. World has seen enough photo sharing apps already.